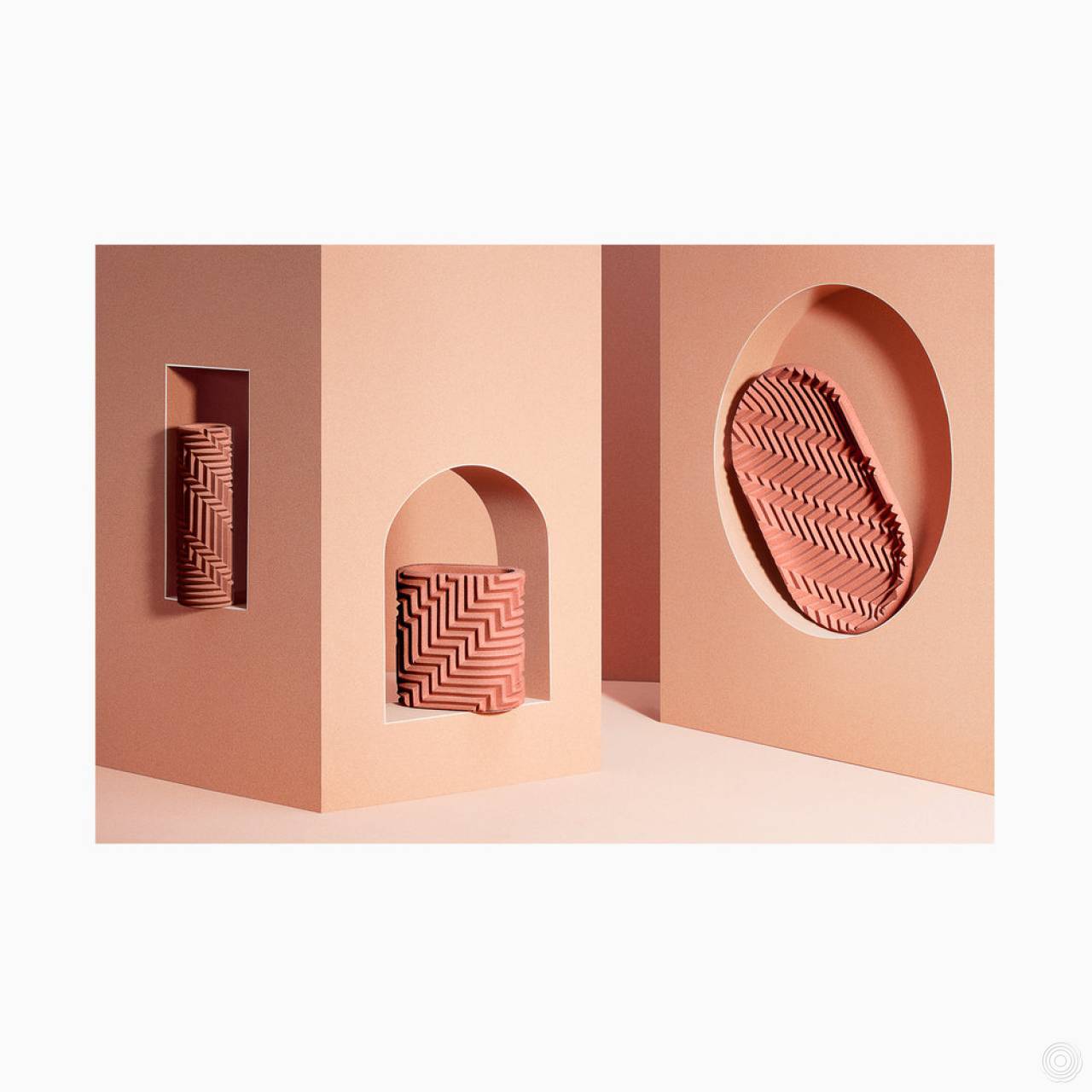 He is interested in methods of making which endow the object with visual clues about how they were made. Their complex forms and sharp lines mean it is sometimes assumed they have been made using CAD software, CNC maching, or 3D printing, but they on closer inspection reveal that they are all handmade. Often tiny imperfections, a result of the processes by which they are made, give this away.

He has expanded his range of handmade chevron-textured objects to include a tray, a vase, and a pen pot. Each of Cuttance's Herringbone objects is handmade from Jesmonite – a composite material that combines plaster and cement with water-based resin. To achieve a textured surface, the London-based designer made a set of patterned resin moulds. This pattern was first created on paper, before being projected onto a flat plastic sheet.

The final vases are cast in cement that has been coloured with pigments to create each of the seven different finishes. These include sage green, taupe, dark blue, brick red, white marble, grey marble, and granite. Each piece is then given a laser-etched cork base, branded with the object's name and number, emphasising their handmade quality.

By making each object by hand, the designer hopes to set his pieces apart from the identical, mass-produced objects on the market.

Jesmonite – awarded Material of the Year at London's 2017 Design Fair – has become increasingly popular with designers, including Zuza Mengham and YenChen YaWen Studio who have used it to make angular sculptures and vases that oxidise and change colour as they age. 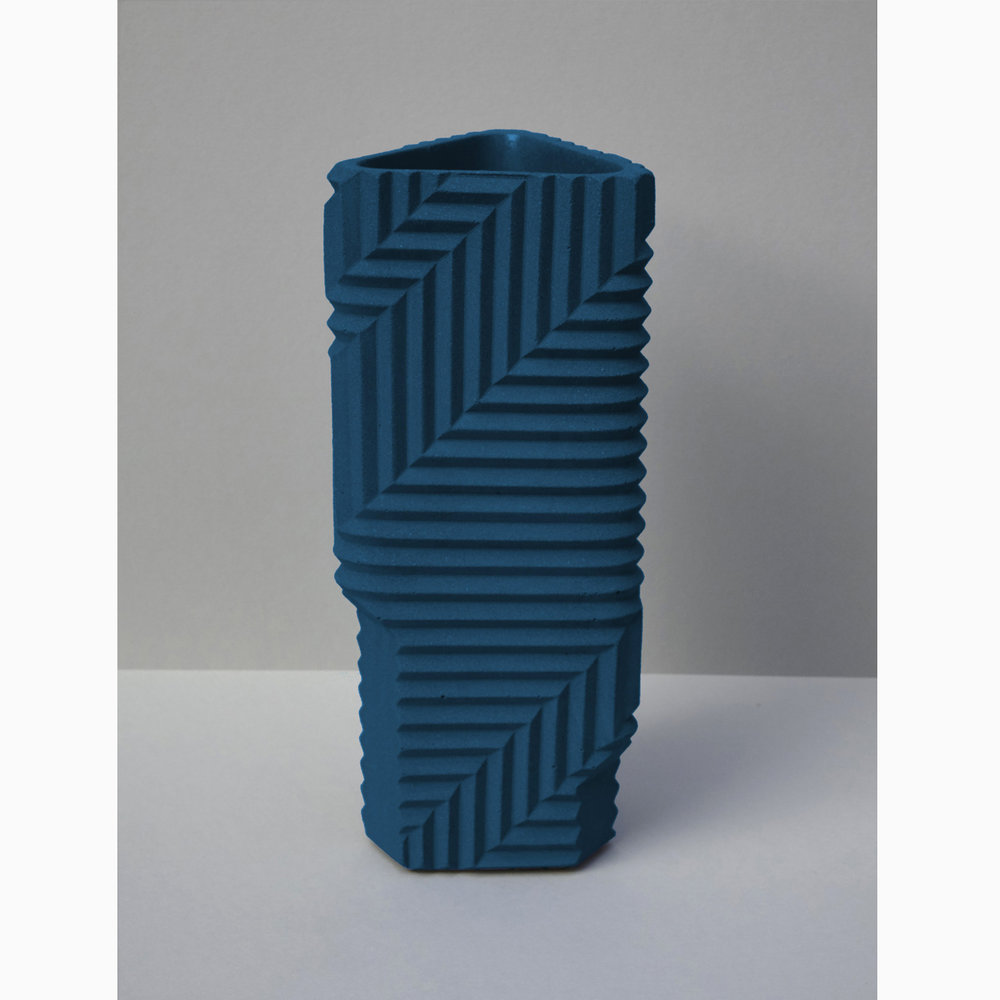 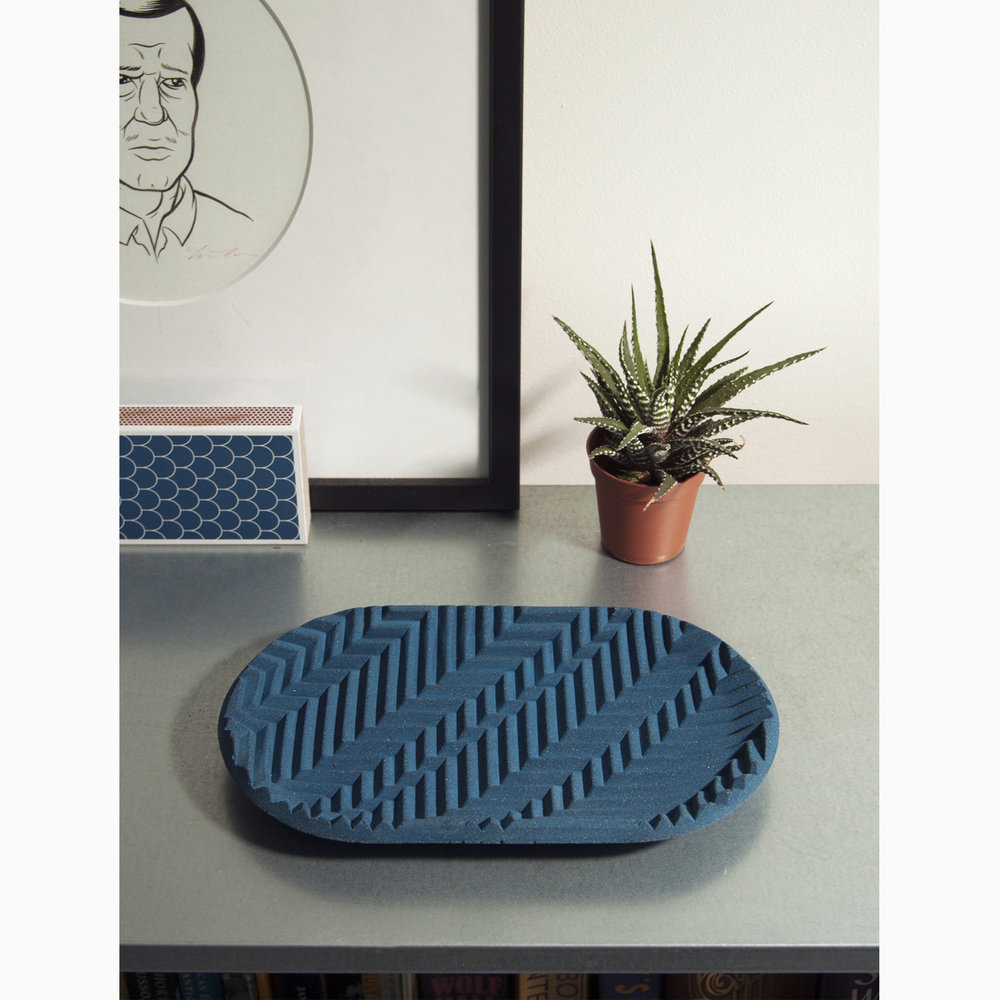 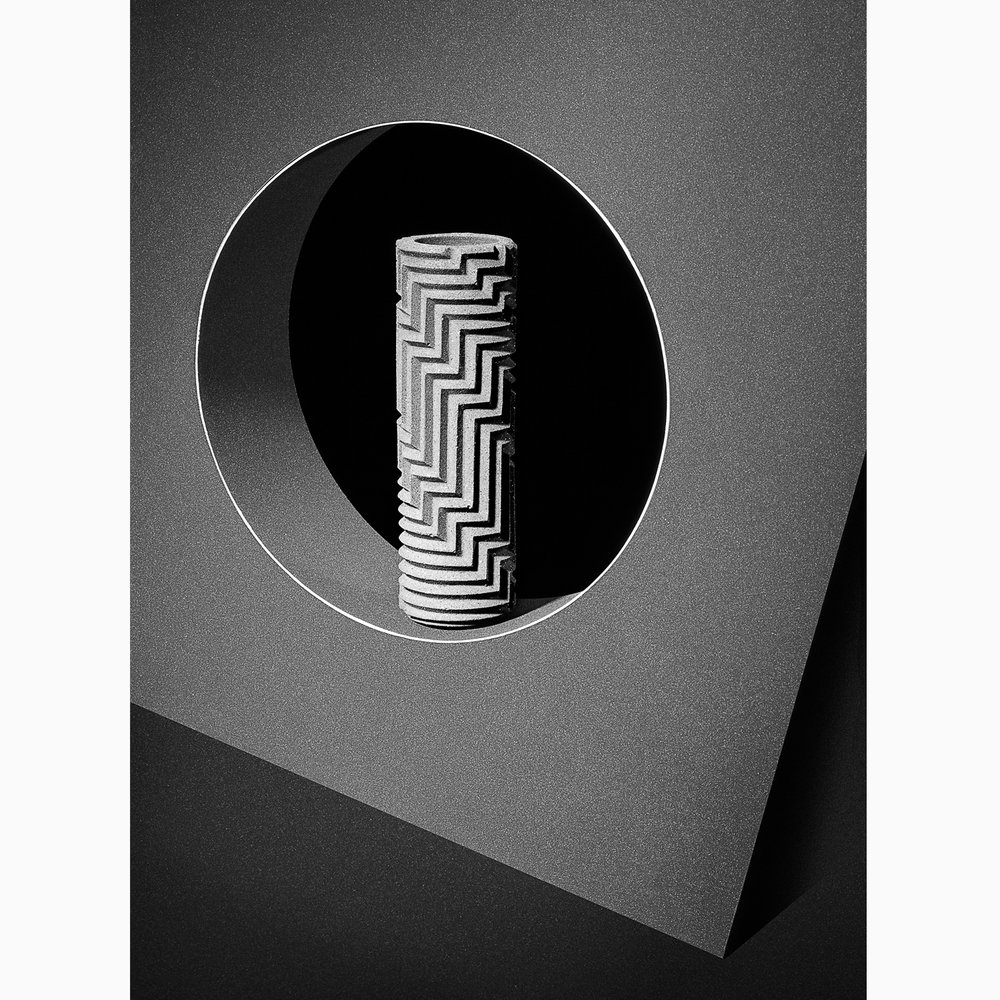 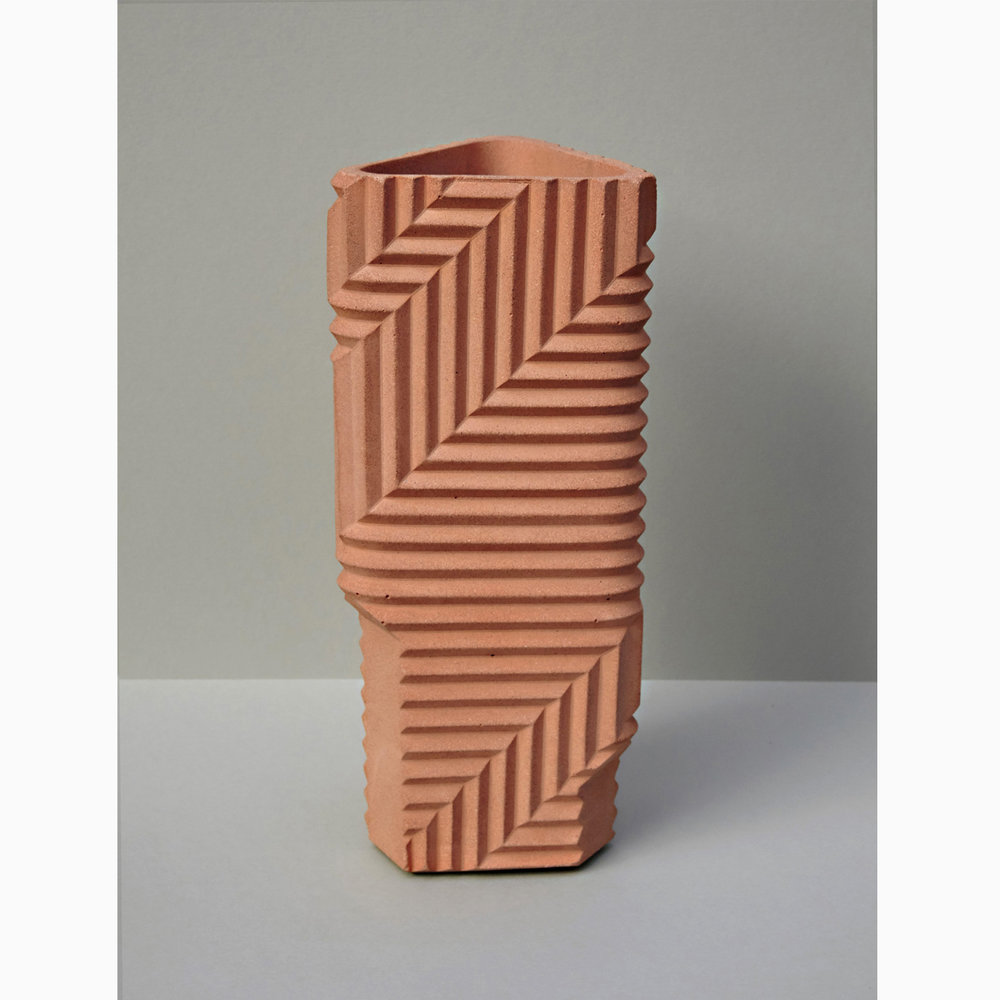