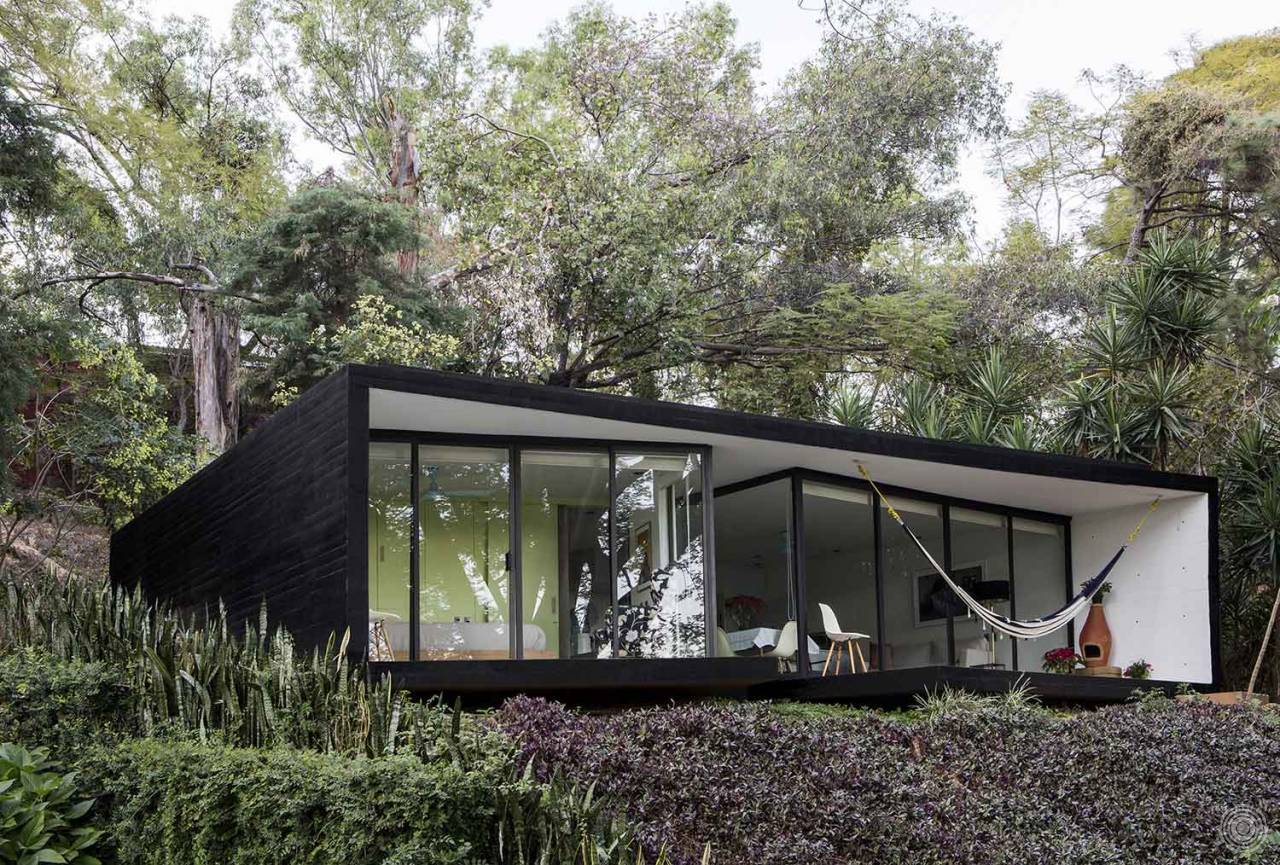 Architectures Cadaval & Solà-Morales founded their stucio in New York City in 2003 and moved to both Barcelona & Mexico City in 2005. The studio operates as a laboratory in which research and development are key elements of the design process.

This bungalow is the first of a series of cabins to be built over a spectacular site in Tepoztlán, a small paradise located at about 50 km from Mexico City. The town has fantastic weather conditions, and a unique character built thru its pre-Hispanic origins that were followed by a colonial center that is still the heart of the village; its charm attracts the presence of intellectuals and thinkers to stay over the weekend, or for longer periods of time.

The bungalow is conceived as a refuge for temporary sojourns in Tepoztlán. In the site there is already an area for common uses, including a large garden with a lounge and a pool which were also designed by our office. The bungalow is designed as part of the same project. A minimal private space for a couple or a small family is the program; however, views, light, nature and quietness are the reason of the project.

Being a temporary shelter, the project prioritizes both the living area and the master bedroom. Hence, the box brakes down in two at the front to make explicit the separation between those two main frontal spaces, allowing the vegetation to occupy the rift. To strengthen the necessary relationship with nature, these two key spaces have large front terraces that extend their experience and approach to the edge of the natural platform on which the bungalow stands. The cabin is a small plinth, a shelter among the trees to enjoy the views, the weather and the exuberant nature of the place. 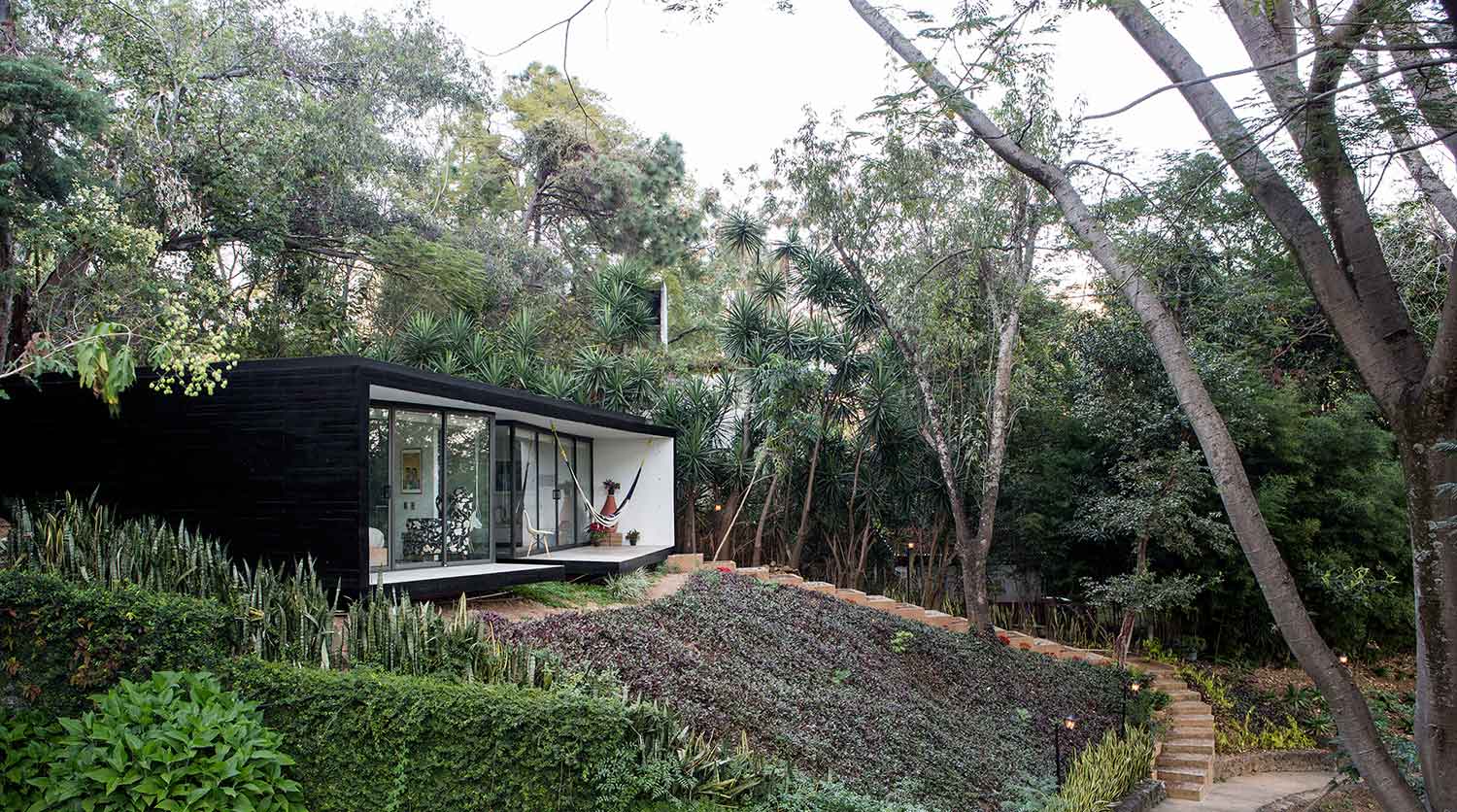 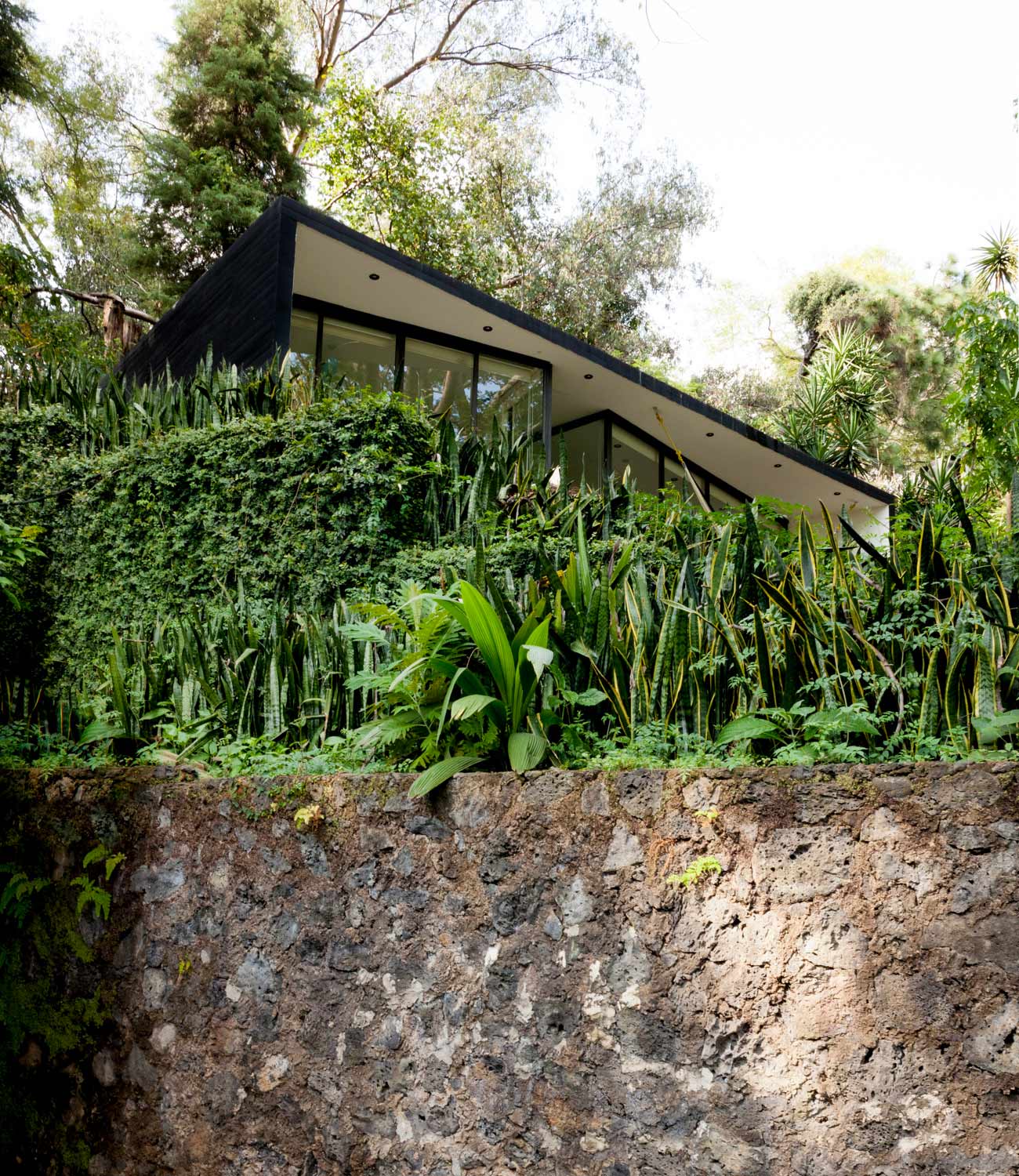