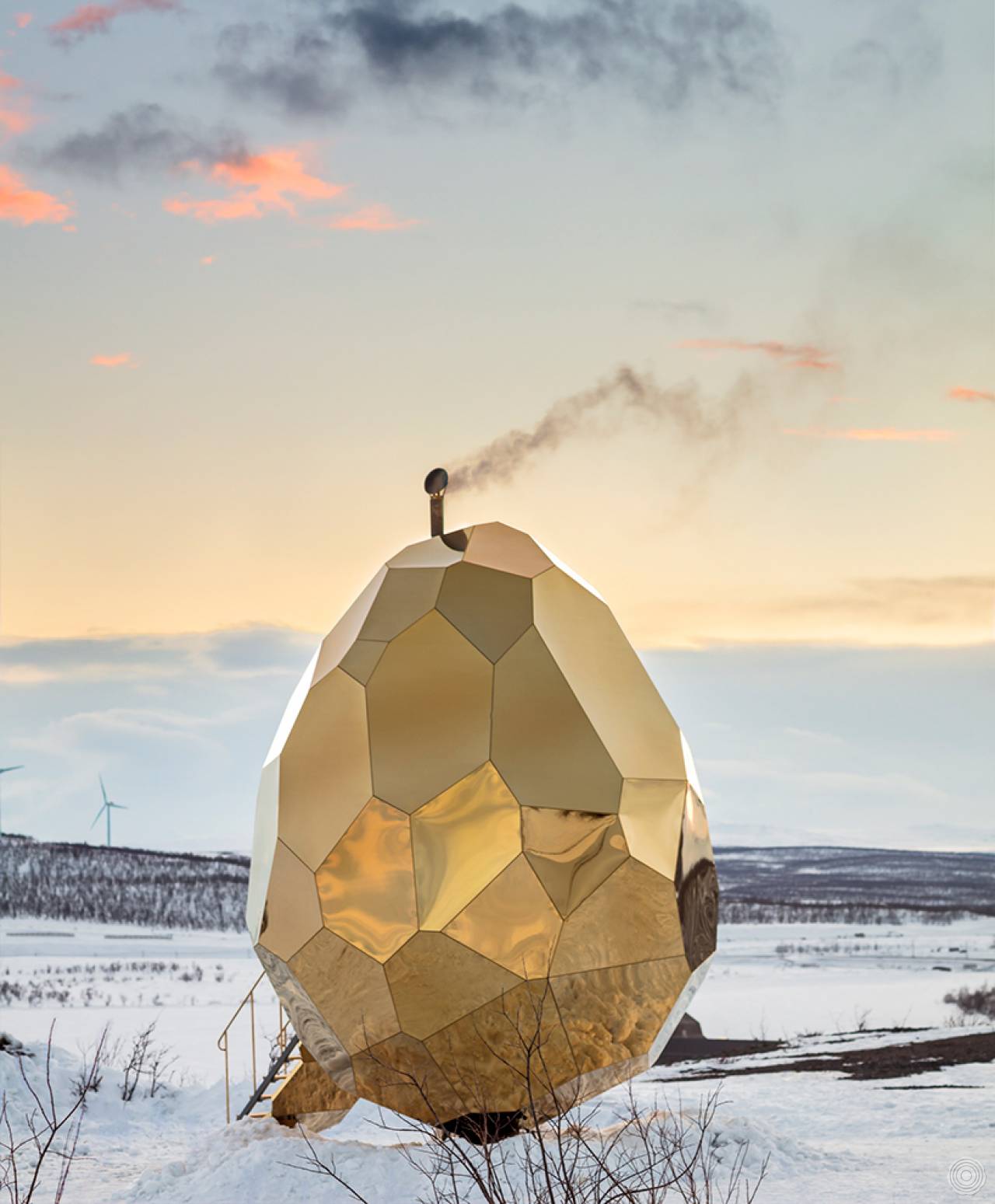 Bigert & Bergström is an artist duo living and working in Stockholm, Sweden. They met while at the art academy in Stockholm in 1986 and have collaborated ever since.  Through their career B&B have produced and created art ranging from large-scale installations to public works, sculptures and film projects. Often with a conceptual edge, the core of their work is placed right in the junction between humanity, nature and technology. With energetic curiosity their art investigate scientific and social topics discussed in contemporary society.

About the Solar Egg SAuna:

In response to a commission from Riksbyggen, Bigert & Bergström have created a sculptural chamber in the form of an egg-shaped sauna that has just been installed at Luossabacken in Kiruna, Sweden’s northernmost town.

Kiruna is currently undergoing a radical transformation, which involves a gigantic move for the whole town. This is so that the mining company LKAB can extract more of the iron seam that cuts diagonally downwards beneath the town. The iron ore is and has been – ever since it first began to be extracted at the end of the 19th century – an important source of income for Sweden, and absolutely vital for the town of Kiruna. No mine, no town. But the breaking up and devastating transformation of the landscape, the environment and the architecture caused by the move are also sparking a lot of debate. Solar Egg has been made as a social sculpture where local people and visitors to the town can meet and, for instance, discuss these challenges. In the arctic climate of Lapland the sauna occupies a key position, as a room for warmth and reflection. B&B have taken up this tradition and developed a sculptural symbol that prompts thoughts of rebirth and an incubator that nurtures conversation and exchanges of ideas. The project is a continuation of the artists strategy to incorporate the climate into the experience of the artwork which was initiated with the Climate Chambers in 1994.

The egg is made out of stainless golden mirror sheeting, its multifaceted form breaking up the surroundings that it reflects into a multiplicity of different mirror images. Landscape, mine, town, sky, sun and snow are here combined into a fragmented image that can evoke associations with the complexity spanned by today’s discussion about climate and sustainable community development. The egg’s interior has been formed out of wood. In the centre of the egg stand the wood-heated, heart-shaped sauna stove made out of iron and stone. The temperature inside the egg varies between 75° and 85° Celsius. 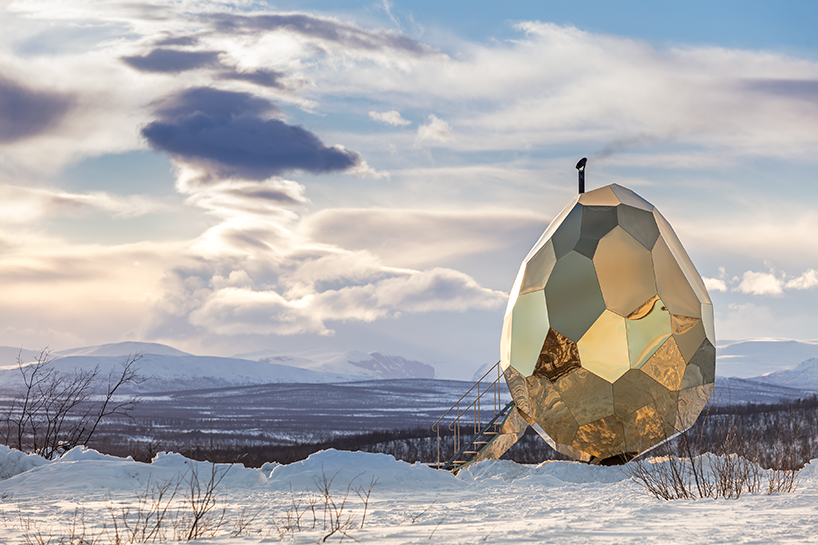 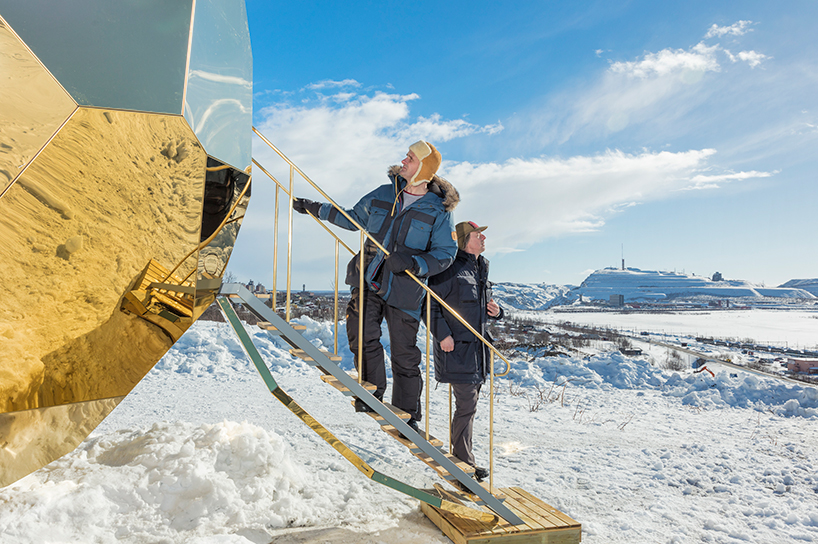 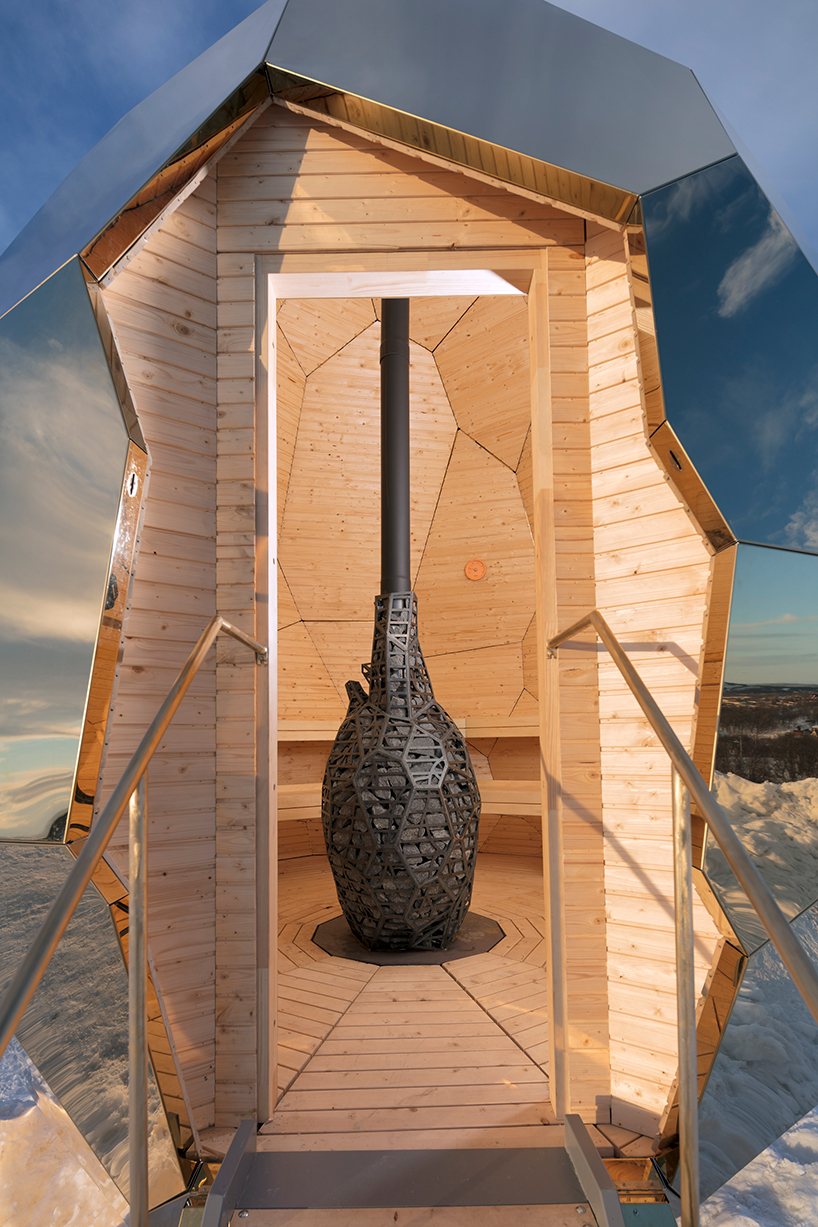 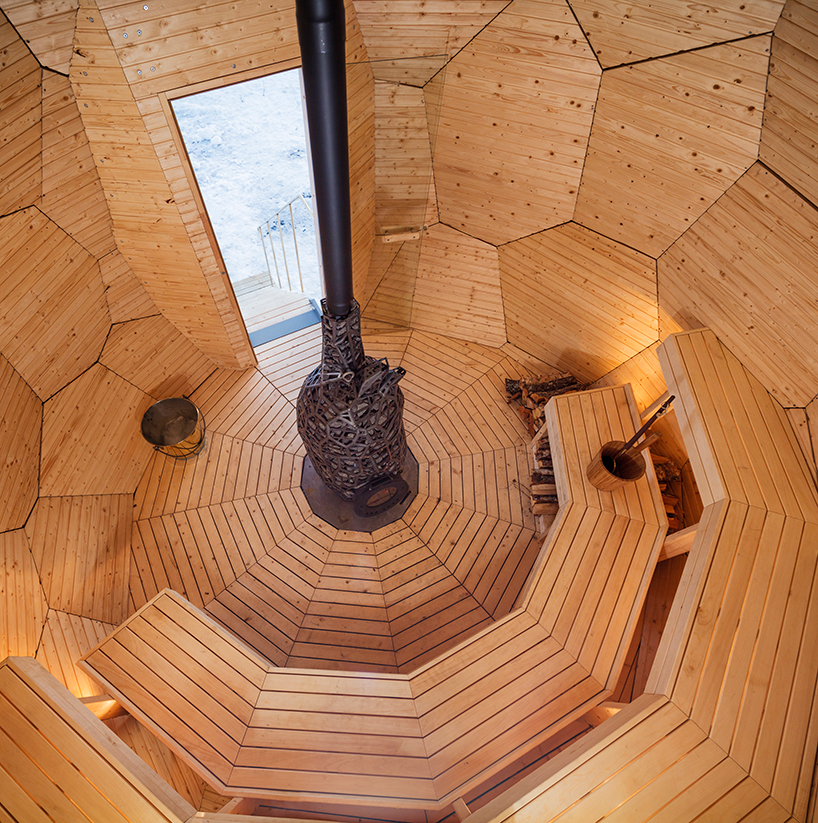